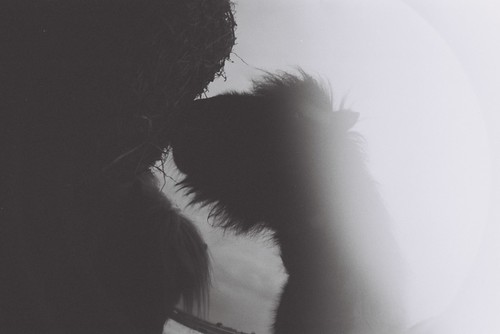 I thought I’d cleared my backlog of years old film last year, but at the start of this year when I was sending of my handful of 2013 films I discovered an unfinished roll in my Lomo Fisheye 2. I’d obviously completely forgotten about it. So I took it outside to finish it off and got a couple of shots of the shetlands and one of a chicken and then, like an idiot, somehow managed to open the back before winding the roll back in. Fortunately the earlier shots on the roll from 2010 were all fine and the extra exposure has resulted in an ok effect on the frames I used to finish off the roll; I like how the usual lens inset (due to lack of full frame) has been obscured.

I forget just how wooly they get in winter.