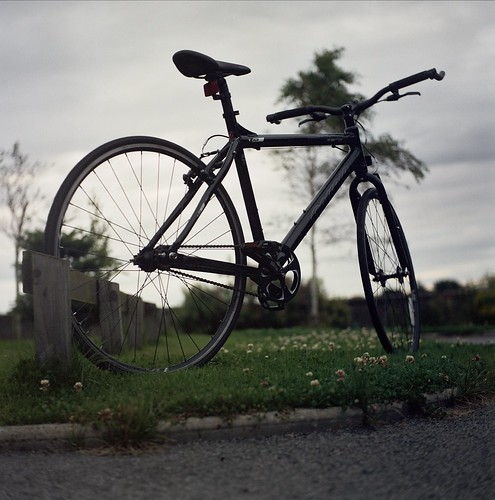 Fixed speed loveliness. It’s not a classic, not even a modern classic; in fact when I went to pick it up I was a bit shocked at it’s ungainly appearance. But it’s mine and you really can’t comprehend how much better it is than the bikes I’ve been riding for the past twelve years - It’s the first new bike I’ve had since Father Christmas brought me one as a kid.

I’ve had it a couple of months now and I’m still dead chuffed to ride it everyday.

Since this pic I’ve added toe-clips just incase I should pass another Fixie rider and be lynched for not having them.